A guide about the life and accomplishments of Cesar Chavez, notable advocate for farm workers.

Films about Cesar Chavez and the UFW 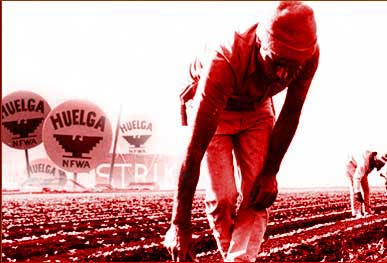 The Fight in the Fields, PBS documentary

"More than two years in the making, The Fight in the Fields: Cesar Chavez and the Farmworkers' Struggle is the first film to cover the full arc of Cesar Chávez' life."

"In 1946, a Mexican war vet, Cesar Chavez, sat in the white section of the Delano movie theater. Chavez became a leader in the Latino rights movement."

"Let Freedom Ring: A History of the U.S."