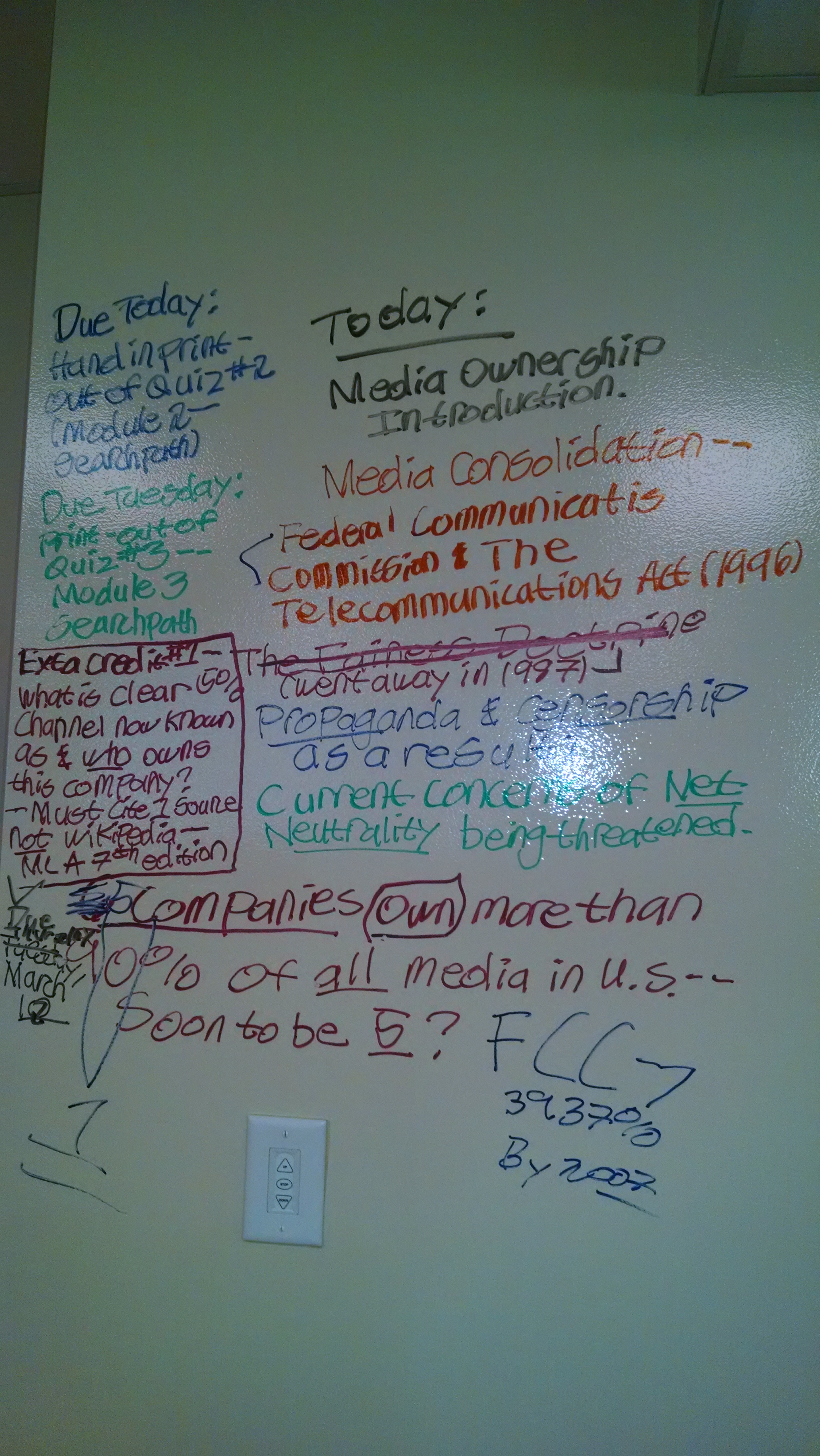 As it's not clear due to the glare of the picture, it should say in the center: "Propaganda and Censorship as a result?" with a question mark,

Where it is crossed out from 6 to 5 companies is based on the discussion of how over a year there's been possible mergers between Time/Warner and Comcast (with at one time Newscorp trying to outbid Comcast to merge with Time/Warner).  At present time, Time/Warner is still its own company, but any such merger would reduce the number of companies to 5.

The FCC has made rulings that have maximized ownership including allowing the same parent company to own a newspaper, radio, and t.v. station in the same local area.   While the FCC has made such rulings in the spirit of "freedom of expression," many critics contend it does in fact the opposite.  Impacts have included cuts in research areas, huge companies that assume its other subsidaries are "doing their job," and conflicts of interest in reporting stories (such as 60 Minutes expose on Simon and Schuster which turned out to be a promotion of a book that CBS, the parent company is promoting, which turned out to not be fact-checked as such a book should).  Some local areas at times are at a mercy of media reporting from another city across the country during low media activity times such as weekends (i.e. a natural disaster happens on a weekend, and there's not much news coverage locally what's happening during that time). 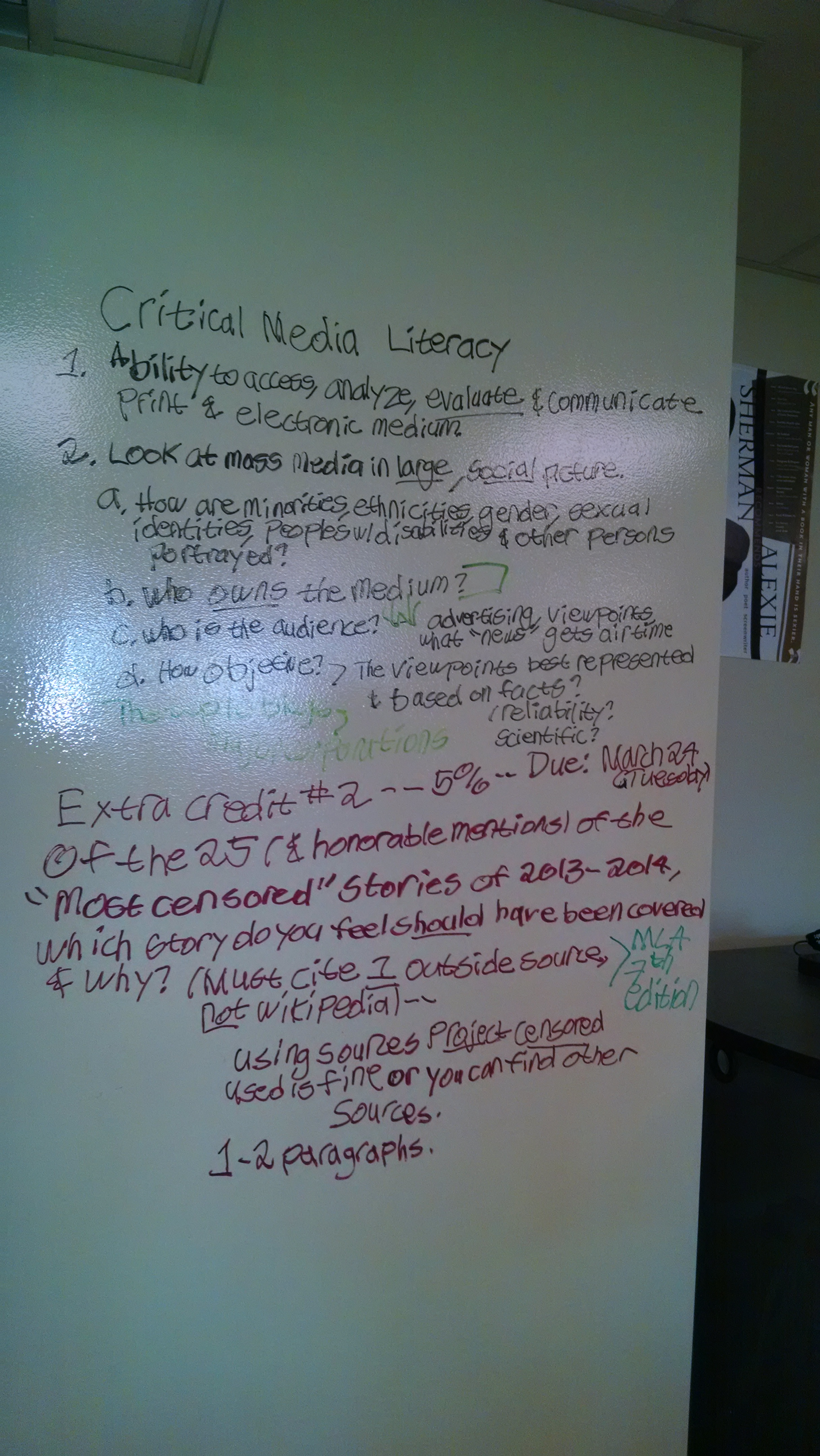 The clip on Net Neutrality will likely be shown this Tuesday, March 10, instead.

NOTE: Some of these clips may spill over into future class(es) as Media Ownership is a huge topic and not that easy to grasp.  The main aspect to remember when it comes to Critical Media Literacy is who owns the media?  You have to answer that FIRST before talking about the audience, and often you also have to answer it first before discussing objectivity, and in some instances even understand how various groups of people are treated.

Handouts and Other Information